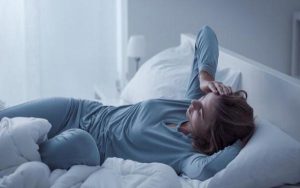 Sleep disorders are a relatively silent epidemic affecting countless people of all ages around the world. Men, women, and children — no group is spared. Some examples of debilitating sleep disorders are insomnia, obstructive sleep apnea (OSA), restless legs syndrome, narcolepsy, and persistent sleep deprivation. What’s worse is that some types of sleep disorders increase the risk for obesity, high blood pressure, heart disease, stroke, diabetes, depression, and unexplained sudden death. Yes, sleep disorders can be deadly, as evidenced by the untimely passing of NFL great Reggie White. In fact, numerous accidents and disasters have occurred as a result of impaired mental performance due to sleepiness related to sleep deprivation or sleep disorders. For example, the infamous Exxon Valdez oil spill tragedy that affected our planet’s wildlife and ecosystem off the coast of Alaska in 1989 was likely a result of cloudy judgment related to sleep deprivation. Other examples of disasters at least partially attributed to sleep deprivation or disorders include the chemical accident at the Union Carbide plant in Bhopal, India, the nuclear accident at Chernobyl in Ukraine, and the nuclear accident at Three Mile Island in 1979.

Sleep deprivation and sleep disorders also affect physical performance. Athletic performance is enhanced by a good night’s sleep. Conversely, you are probably aware that if you don’t get a good night’s sleep, then the next day you are tired, sleepy or irritable. In such cases, physical performance is impaired as well, since there is limited energy reserve due to the lack of adequate or good quality sleep. Any type of disruption of sleep on a regular basis can affect athletic performance. Interestingly, many professional football players develop sleep apnea as a result of being so muscular and bulky. The increase in size and muscle also affects the neck, where redundant muscle or tissue can close off the airway during sleep. More of these athletes need to be aware of the possibility of developing sleep problems, which can subsequently affect their cardiovascular health.

Sleep disorders don’t affect just athletes. They also affect everyday people like you and me. Many cases of people with high blood pressure have later been determined to have sleep apnea, and then when the sleep apnea is treated, the person’s blood pressure returns back to normal. Isn’t that great? By treating the underlying cause, such as sleep apnea, then the affected person may no longer have to worry about taking blood pressure medications!

Snoring is an example of how sleep disorders are universal. 40 percent of adults snore. Are you one of them? Do you know someone who snores? Maybe someone else’s snoring is affecting your sleep! Actually, chronic snoring is a major symptom of obstructive sleep apnea. Of great concern is that 80 to 90 percent of adults with clinically significant obstructive sleep apnea remain undiagnosed. They simply go about their daily lives without even knowing they’re affected. Meanwhile, with each passing day their risk for adverse health effects grows. The effects of sleep apnea are not limited to adults. Snoring can occur in children too, and mouth breathing is a red flag for obstructive sleep apnea among sleeping children.

For years, little research has been available regarding the sleep problems unique to women. However, recent studies have shed light on sleep patterns, needs and problems specific to women. Women often have multiple responsibilities related to home, work and family, so sleep is an especially overriding factor as it affects concentration and memory, job performance and social interactions. Women of all ages experience disturbed sleep. Most young women often trade sleep for a fast-paced lifestyle, which leads to sleep disorders, including fatigue, insomnia, and excessive daytime sleepiness. As women age, physical, emotional and hormonal changes affect sleep. The menstrual cycle, pregnancy, and menopause alter women’s sleep patterns and may contribute to sleep disorders. Post-menopausal women are especially at increased risk for obstructive sleep apnea, since the protective effects of hormones are no longer present. This increased risk occurs at the same time as the risk for coronary artery disease increases, as women get older.

According to the National Highway Traffic Safety Administration, more than 100,000 annual car crashes in America are attributed to sleep disorders. As mentioned above, people in certain professions have a higher incidence of sleep disorders. Furthermore, when members of some professions (e.g., airplane pilots, truck drivers) have sleep disorders, it not only affects their personal job performance but also can increase the risks of injury to others. An example of this is seen in the increasing prevalence of commercial truck drivers with untreated OSA. Commercial truck drivers with untreated OSA have a significantly increased risk of falling asleep behind the wheel. Obviously, this increased risk of drowsy driving is hazardous to everyone on the roadways. A study sponsored by the Federal Motor Carrier Safety Administration (FMCSA) and the American Trucking Associations estimated that nearly one in three commercial truck drivers suffers from mild to severe OSA.1 The study found that the risk of having sleep apnea depended on two major factors – age and degree of obesity – with prevalence increasing with both. Population projections by FMCSA indicate the number of older drivers will increase by 50% over the next twenty years. Other research demonstrates that drivers with undiagnosed OSA have an increased risk (2 to 7 times) for falling asleep at the wheel. It also increases the possibility of an individual developing significant health problems, such as hypertension, stroke, and heart disease. It’s important to remember that the adverse health effects and increased risk of drowsy driving and its consequences occur in all people with untreated OSA, not just truck drivers.
____________________